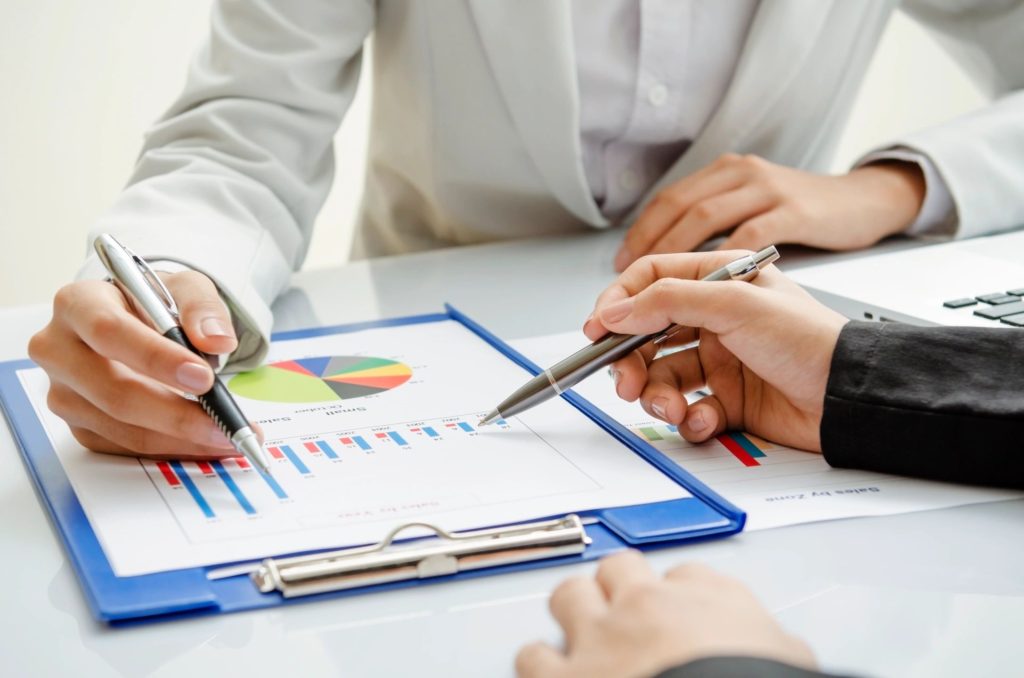 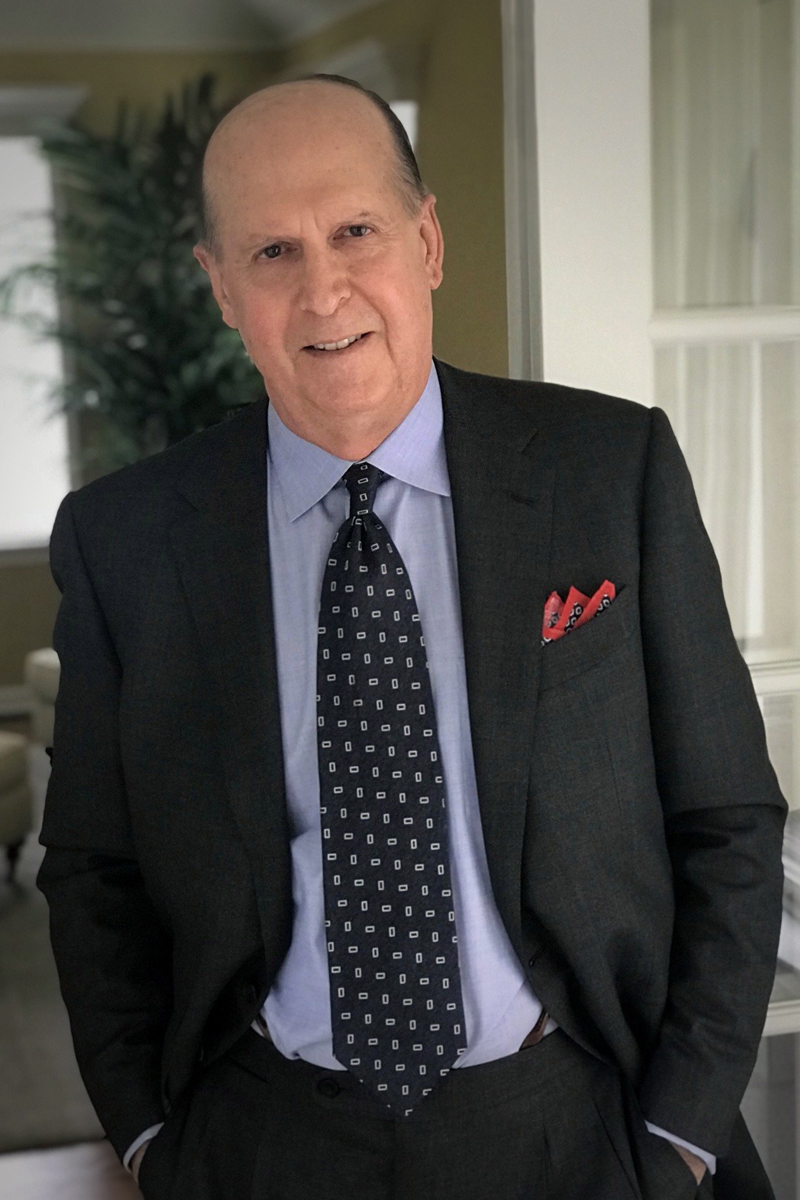 Peter Mondics is the co-founder and Chief Executive Officer of Innate Biologics, with over 30 years of investment and business development experience. Peter also serves as General Partner for Broughton Corp., and investment holding and Management Company with assets in Web and General Aviation. He previously served as the Chairman and CEO of Cambridge, MA, Predictive Media, the first aggregate predictive AI platform to be deployed across a Broadband Platform using digital networks, inferential databases and anonymized data collection.

In his prior work, Peter launched his career as an assistant to the Chairman of Cablevision Systems, with a focus on franchise development. Peter eventually played an integral role as a co-founder and General Manager of TVGateway, the first cloud-based broadband application backed by a consortium of Comcast, Cox and Charter Communications. Prior to that, he served as the General Manager for NuStar, a Lenfest Communications satellite delivery system.

Peter currently serves on the Chairman’s  Council for the Sam Waxman Cancer Research Foundation in NYC. In addition Peter is a multi-engine instrument rated pilot, with multiple type ratings and over 2,200 hours as PIC. 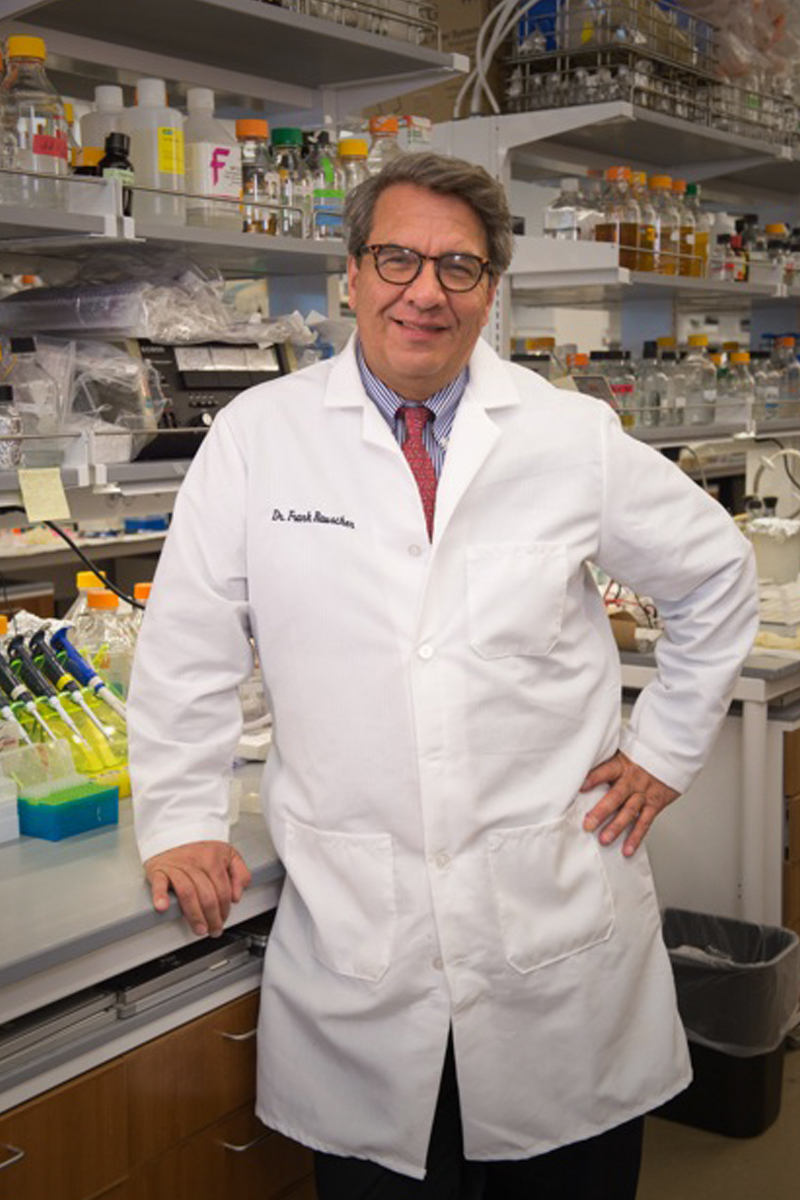 Frank J. Rauscher III, Ph.D. came to The Wistar Institute and to The University of Pennsylvania in 1990. Prior to his arrival, he earned a B.S. in biology from Moravian College and a Ph.D. in molecular pharmacology from Roswell Park Cancer Institute. It was at Roswell Park that Rauscher discovered a new mechanism for drug resistance mediated by DNA strand scission drugs on chromatin. Prior to entering graduate school, he worked at Columbia University and Yale University School of Medicine where, as a technician, he published and presented six papers on rational, mechanism-based timing/sequencing of anti-metabolite cancer drugs based on work in the lab of Edwin Cadman, M.D. As a postdoctoral fellow in the laboratory of Tom Curran, Ph.D., at the Roche Institute of Molecular Biology, he discovered and characterized the FOS-JUN-AP1 oncogenic transcription factors, the molecular basis for the leucine zipper hypothesis, and the role of inducible immediate–early genes in neuronal signal transduction and neuronal differentiation.

Soon after joining Wistar’s National Cancer Institute (NCI)-designated Cancer Center as an assistant professor, Rauscher was charged with building a world class center of excellence in gene regulation mechanisms, chromatin biology and cancer epigenetics. This effort produced a leading set of high impact researchers in the department, encompassing the burgeoning fields of histone modification, structural biology, and transcriptional regulation of cancer. He assumed the Deputy Director position of the Wistar Cancer Center in 1995, a position he held until 2017, and subsequently guided the center through five cycles of competitive grant renewal. To date, the Wistar Cancer Center has held 45 years of uninterrupted support from the NCI Cancer Center Support Grant (CCSG).

The Rauscher Laboratory at Wistar has been keenly focused on defining the molecular genetics of cancer by studying somatic and inheritable mutation in genes which predispose to human cancer. In particular, the lab has focused on how tumor suppressor and oncogene proteins that function in gene regulation, mechanisms of transcriptional regulation and transcriptional control of cellular differentiation programs and organogenesis become activated to produce a pattern of gene expression resulting in cancer. The Rauscher lab has studied the following genes: WT1 gene, BRCA1 and BRCA2, and the EWS and PAX families of fusion oncogenes. His lab also discovered BAP1, a gene encoding an enzyme that helps regulate levels of BRCA1 via ubiquitination but also is a direct cause of human uveal melanoma and mesothelioma. Other work has defined the mechanism whereby the master regulators of EMT and tumor metastasis cause the release and migration of tumor cells from the primary tumor. This work has identified druggable nodes that are currently being pursued for anti-metastatic and anti-dormancy therapeutics at Wistar.

Rauscher’s research has been supported by the NCI, the U.S. Department of Defense Breast Cancer Research Program, Susan G. Komen and the Ovarian Cancer Research Fund Alliance, among others. Most recently, The Jayne Koskinas-Ted Giovanis Foundation (JKTGF) established a multi-investigator, multi-year research consortium on the study of metastatic breast cancer at The Wistar Institute, which aims to fund cutting edge translational research.

Rauscher’s contributions to the academic and peer review efforts have been extensive. Most notably, he served as Editor-in-Chief of the journal Cancer Research, a post he occupied for more than a decade. He also served on numerous federal, state and private peer review committees including organizing and chairing numerous P01, P30 and R01 committees for the NIH/NCI and American Cancer Society. He chaired the Board of Scientific Counselors for five years, a body charged with a rigorous review of intramural NCI and Frederick–based research labs and provided recommendations for their continuation. A Pew Scholar in the Biomedical Sciences, Rauscher was the recipient of the Wilson S. Stone Memorial Award, a winner of The William L. McGuire, M.D., Memorial Fellowship presented by The Susan G. Komen Breast Cancer Foundation.

Published in more than 180 peer reviewed papers, long with many book chapters and a textbook, Rauscher has also presented more than 300 invited lectures in all corners of the globe. 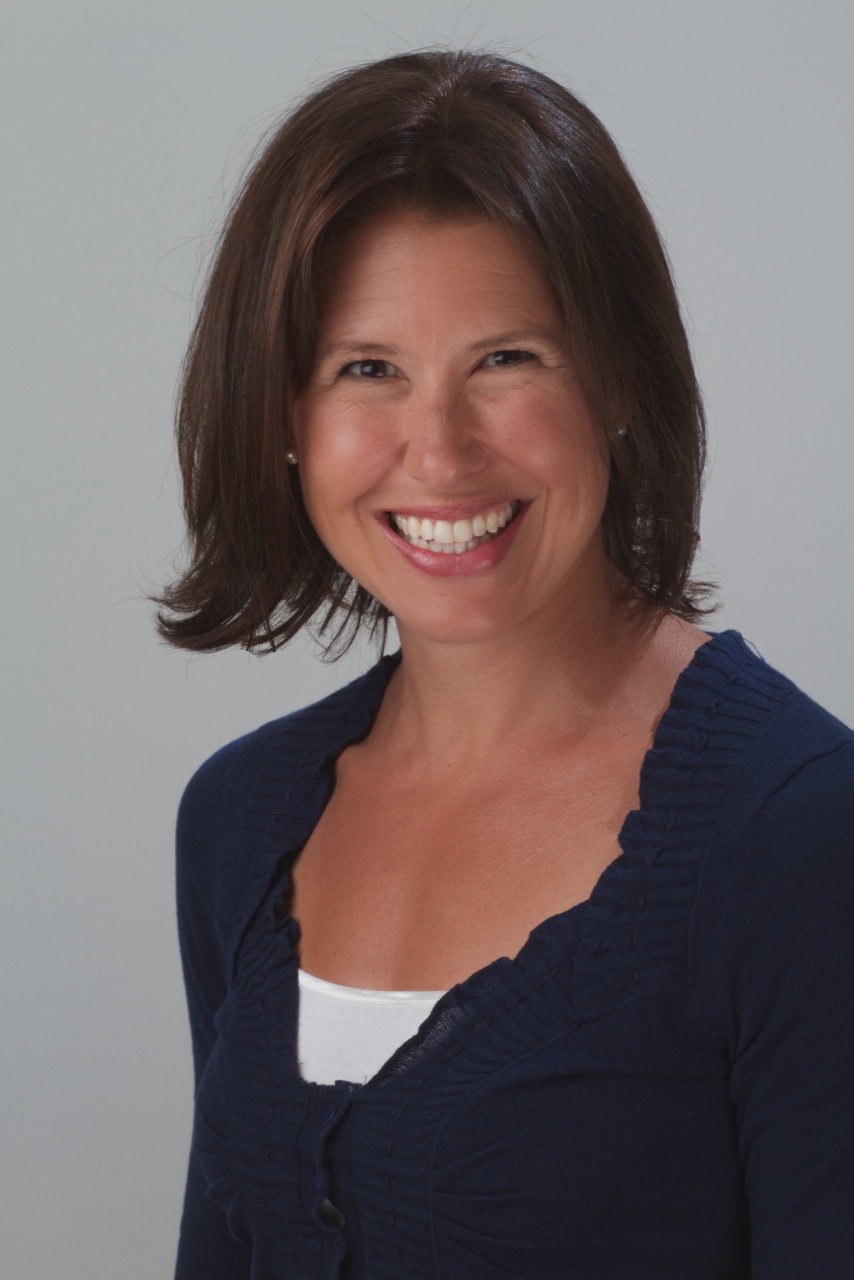 Dr. Kristen Kucharczuk’s ability to transform complex medical and scientific concepts into targeted, compelling content for professional, industry, and lay audiences has made her a sought-after scientific advisor in academic centers across the country. Prior to joining Innate, she founded and served as Principal of QB2, a boutique scientific communications company offering writing and editing services, strategic communications planning, on- and off-site coaching, and small and large group communications training. She has written and edited grants and manuscripts across a broad range of medical and scientific fields, and served as managing editor for several high impact websites. 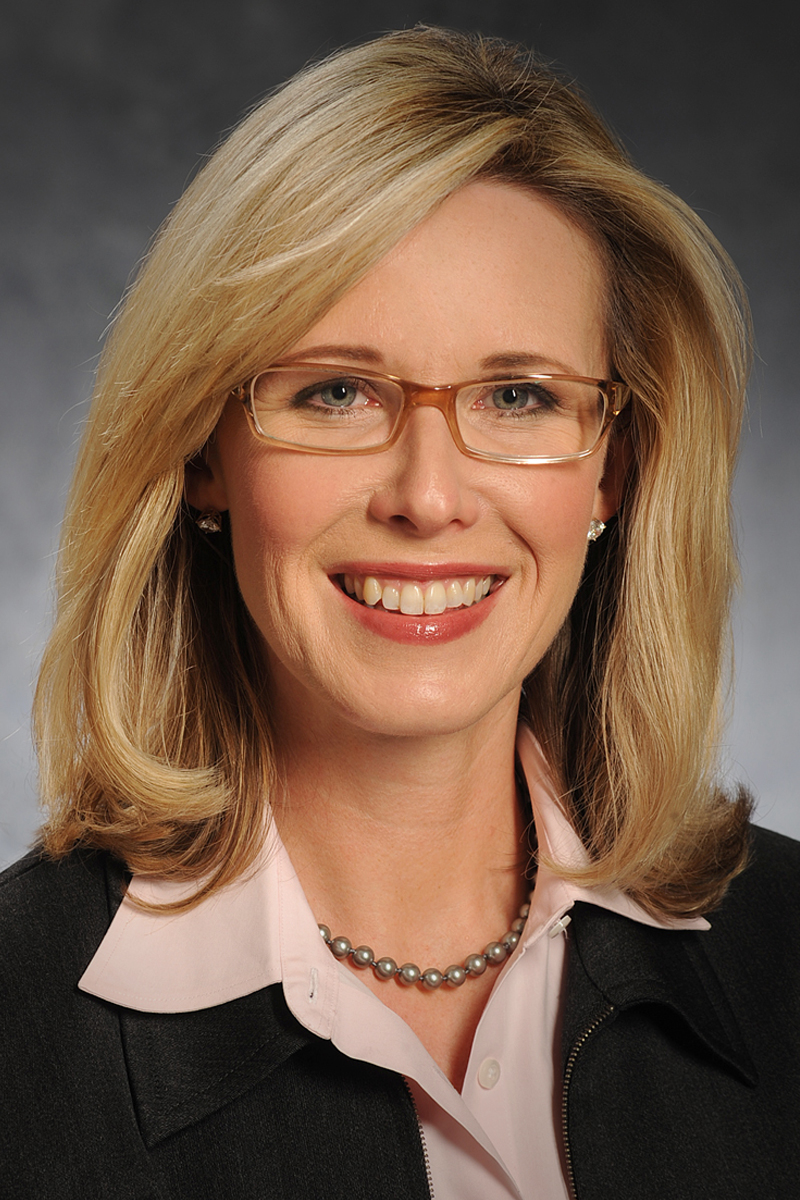 Nancy began her career with Xerox in the Management Training program.  Fueled by seeing the power of treating allergies and asthma first hand, she pursued a career in healthcare and entered into pharmaceuticals as a sales representative for Schering-Plough, now Merck, and held several positions of increased responsibility including Senior Director, Consumer Communications responsible for Claritin DTC, the Claritin Rx to OTC switch and the consumer launch of Vytorin.   Nancy and her team launched the first pharmaceutical online banner ad and were among the first in pharmaceuticals to launch a healthcare app and use gaming to engage consumers in health.

During her tenure at Wyeth, now Pfizer, she held leadership roles in global and US marketing and established a best in class customer and digital marketing organization.  At Pfizer, Nancy was an Executive Director in Commercial Development, with a focus on building external collaborations with key stakeholders.

Nancy joined Bristol-Myers Squibb Company in 2011 as Vice President, Customer Strategy and Operations for the U. S.  During her tenure, she held roles of increasing responsibility including Head, Worldwide Commercial Operations for all priority markets and therapy areas including Immuno-Oncology, Hematology, Immunoscience, Hepatitis, and Cardiovascular.  She and her team delivered an industry record 130+ launches in 2015 and over 85 launches in 2016 worldwide.

Nancy joined Outcome Health in 2017 to drive innovation and commercial growth for the world’s largest platform for actionable health intelligence where she was Senior Vice President, Commercial Growth.

Nancy is currently Chief Business Officer for Innate Biologics, a privately held pre-clinical company that is a pioneer in targeting, preventing and treating inflammation; previously she served as an Executive Advisor to Innate Biologics.  Nancy is also on the Board of Directors for Adhera Therapeutics, Inc. (ATRX),and serves as an Independent Board Member for FemmePharma Consumer Health, she is an Advisory Board Member for Eved a software company transforming transparency in the meetings and events industry, is on the Commercial Advisory Board for The Medicines Company and serves on the Pharma Digital Health Roundtable Steering Committee. 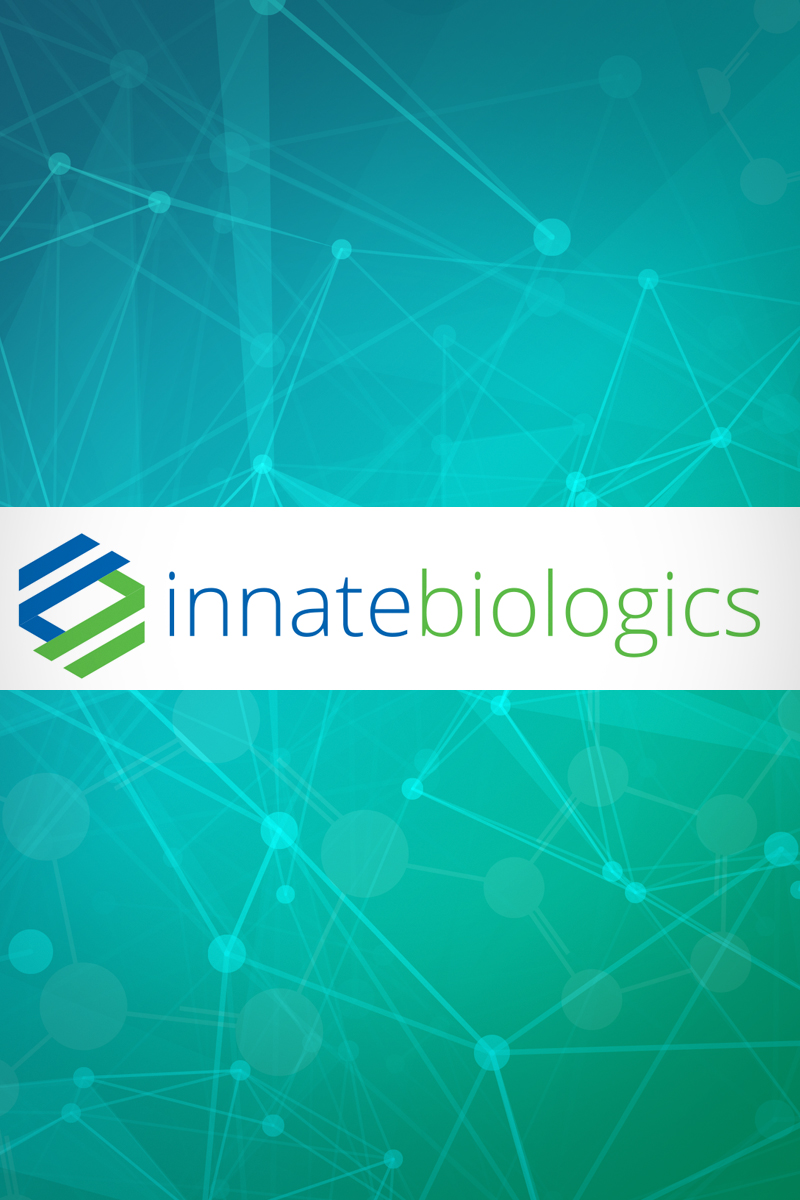 Dr. Rüter provides additional expertise for Innate Biologics. His scientific research in the laboratory is focused on the molecular basis of pathogenicity and the defense strategies of the host. His research is seeking a better understanding of the molecular interplay between pathogenic microorganisms, their target cells, and the respective host organism. In pursuing this mission he expects to identify new possibilities to circumvent and even exploit the ingenuity of pathogenic microbes to improve diagnosis and therapy of infectious diseases. This also includes novel options to therapeutically modulate detrimental immune reactions of the host e.g. autoimmune diseases.